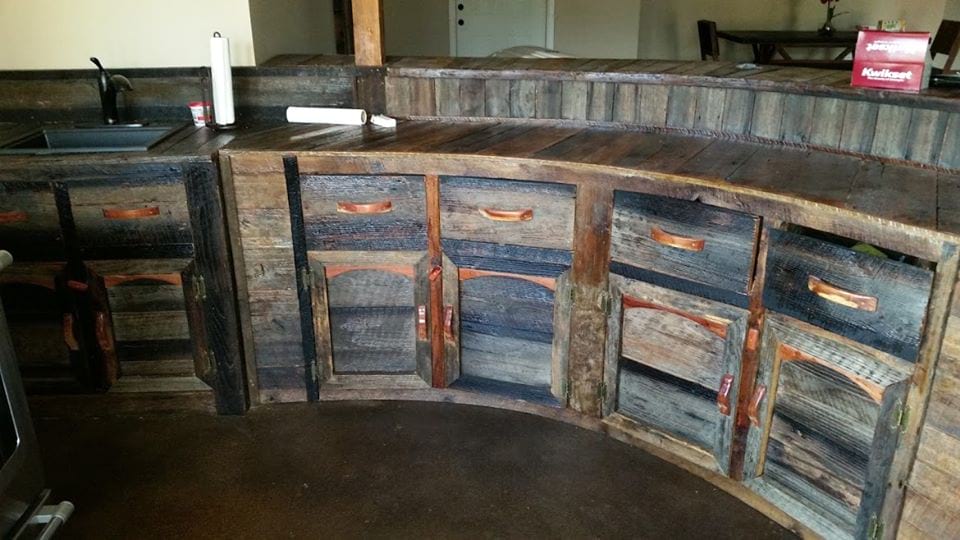 After working in construction for over twenty-five years, Eddie and his brothers were feeling the effects of an economic slump. With work being slow he worked on various projects in his back yard shed. One day, a friend stopped by with a load of barn wood on his truck and told Eddie he thought maybe he could use it for something. Eddie told him, “If nothing else, I can always use it for kindling.

Eddie took some of the wood and built some Adirondack chairs out of the old barn wood. He gave some of the chairs as Christmas gifts and with the help of his wife they listed some on Craigslist and Facebook. Then a lady contacted him for a custom barn wood bar to give her husband for Christmas, that led to also ordering barn wood barstools. They started a Facebook page and began building and listing items on Craigslist.

It did not take long for them to begin having orders that kept them busy along with finding barns to obtain the barn wood. Not really having any working capital they were lucky to barter for some barns by building the barn owners some barn wood furniture. Eddie had experience with taking down storm damaged parts of houses and repairing the house to restore it. He applied that knowledge to take down barns safely. He would take the boards off the barn and his wife would stack them on their truck and utility trailer. It was tedious but heavy work. His wife, Sonja, laughs and says that when she complains about the barn wood boards being heavy, he tells her,

“Yep it’s heavy, just keep on putting it on the trailer.”

The backyard shed quickly became crowded with barn wood stacked everywhere there was a spot to put it and Eddie added on for more storage space. Building the furniture took a large worktable that he added onto as needed. Eventually, Eddie built on a larger room that made the old barn and shed one big L-shaped structure. In the winter, Eddie fashioned a wood stove using an old hot water heater to heat the new space. While Eddie built the furniture, Sonja would keep the fires going and pull nails from the barn wood boards. Eddie often remarked that …

“after all the years framing houses, I can’t believe I’m building furniture. I love what I’m doing now.” 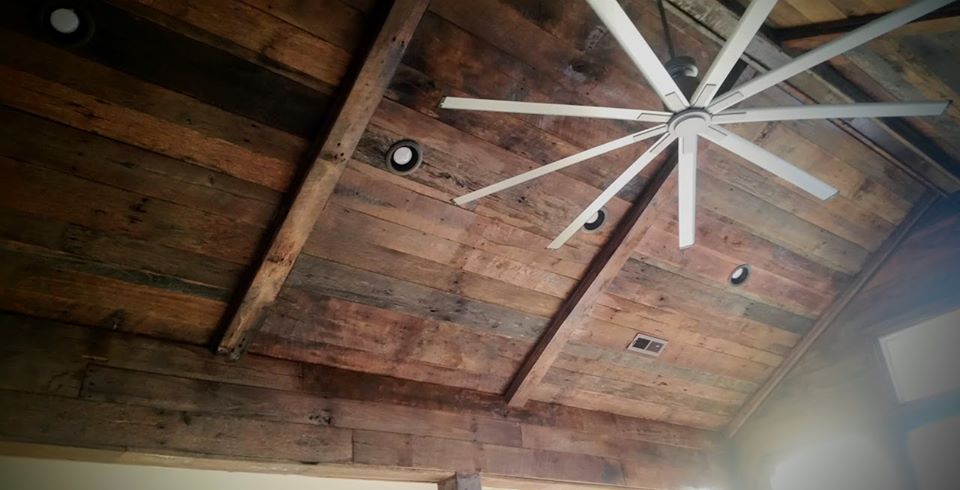 A Variety of Recent Items